Skip to content
HomeTo Win OR To Win Fairly 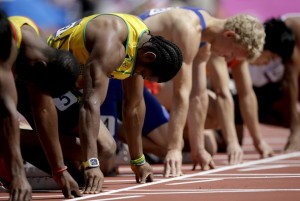 Although the above excerpt from Berton’s creation bears the heading ‘ Prayers of a Sportsman’ , but you don’t have to be a sportsman to keep this thought in your heart, for every human being on this planet is a participant of a race – a race to succeed in life, to achieve what one dreams ,a continuous effort to prove oneself superior than others, a race which goes on till our last breath – In that way , we all are sportsmen , aren’t we?

Nowadays, people are so busy with their respective races, that they often forget the rules and the sportsman spirit which is necessary to keep the competition fair and humane. The focus is only on winning, rather than winning fairly. Only the ultimate results matter. But there is one question that needs to be answered. Will the person gazing back at us from the mirror be happy and content with us winning the race at any cost ignoring the fairness of the game? Will he be happy seeing the trophy even if we know that somebody else deserves it more?

In modern day scenario, one can’t help but ponder on Berton’s lines to realize how precisely he has sketched an honorable sportsman’s character– he wants to win but only when he deserves it, else he asks for enough strength so that he is able to forget his own defeat and revel in winner’s celebration. That’s a sportsman’s glory, his triumph and his legacy that will inspire millions after him.

Hence, the choice is simple- to win OR to win fairly. The answer lies nowhere but within us.